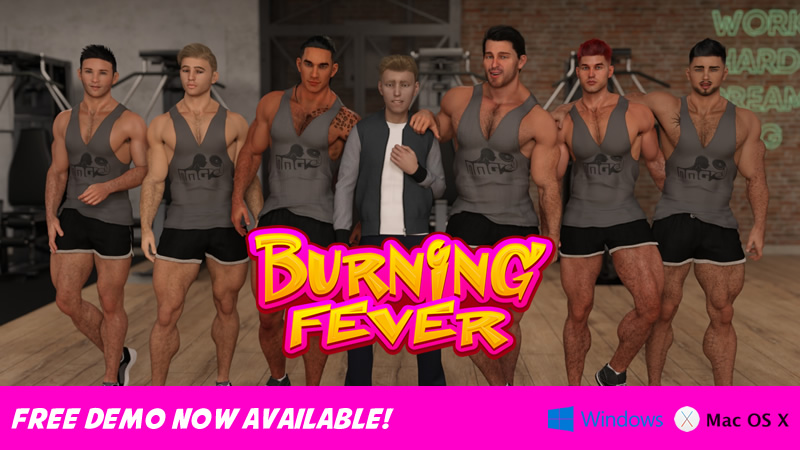 After being sent to live with his uncle while his mother is abroad, Tyler discovers that living with his straight uncle will require him to withstand temptation all around him.

Temptation at home from his Uncle’s habit of walking around barely dressed, to temptation at his new job at the gym. Where all the hot muscled guys on display cause his blood pressure to rise by the minute.

What’s a guy to do when he’s surrounded by big muscled guys that are more than willing to play with a cute little Twink? Have a lot of fun of course!

Join Tyler in the fun of exploring his kinks (he sure ain’t a vanilla twink) or become a “silver” level or higher supporter and suggest your own (sexual) situations for Tyler to experience and deal with.

A monthly updated light-hearted visual novel. Chuck full of hot muscled guys having fun with cute twinks. The guys get so excited being next to these giants, standing on their tippy toes to kiss their tall bodies, wrapped in their big, strong arms, and looking up at them from far below.

Join today and get access to allthe Sexy Twinks and Hung Titans!